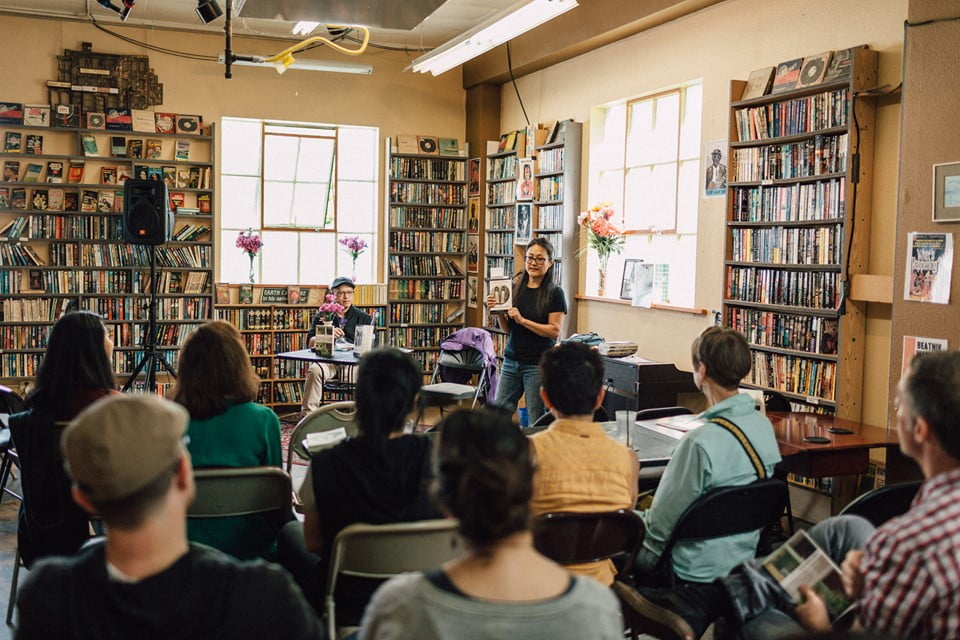 An Interview with Janine,  Author of Americanized ’72 and  Adoption: What You Should Know

“Any experience that haunts you is the story that needs to be written.” Janine

1.  HOW MANY BOOKS HAVE YOU WRITTEN? 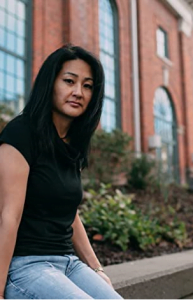 I like to say nine books, plus a bonus book. Inadvertently, it’s now like twelve and a good amount of screenplays. I might actually turn them into a collection of comic books of sorts.

2. DID YOU NAME THE SERIES?

I named the series the rEvolutionary “Adoptee” Collective.  It’s really a collection of adoption books for adults.

I call the finished product a collective instead of a series because one book could be read, or the entire collection, and in no particular order, but I would definitely recommend to start with my memoir Americanized ’72, and then decide on which book most calls to you after that. The word evolutionary depicts my initial naive journey of experiences to eventually finding my way back to my true self. We all know that knowledge is power. The revolution arrives with insight, information, and experiences. We can’t help take action on what we know.

*I put the word orphan in quotes because it is typical for adopted people to be told throughout their childhood that they had been orphaned. However, I’ve learned in adulthood that that was rhetoric used by facilitators to legally process children overseas. Adoptees have been learning that their families do exist, and they are alive. And some have even been searching or waiting for the adoptee to return.

People who like the idea of turning adoption upside down.

Also, probably open-minded people who seek a different spin on things; they would most appreciate the books, although I’ve actually received compliments from diverse populations from various backgrounds.

The evolution into becoming myself—my most authentic self. Actually, the subtitle (A Generation-X Coming-of-Age (& Identity) Adoption Story) gives away only part of the entirety of the memoir’s theme, which has to do with growing up in the United States and eventually finding insight and peace. The book also explains how and why I left the religion I was raised in to advocate for Eastern Philosophy–even though it disagrees with the religious upbringing of my childhood. It does not matter where you live; there will be authorities who will try to shape you into who they think you should be. Ultimately it’s up to us to decide what each of us as individuals want to believe for ourselves.

It took a while. A long while. While living out this writing torture in my head throughout these 20+ years, I was able to raise two great daughters, and I’ve been supported by a great guy since 1988. To say that I am exhausted is an understatement. If it were not for their understanding and patience, none of these books would have been written. Their allowance is the reason my books exist. Americanized ’72 is my book retold and updated from a previous first version called Twins Found in a Box: Adapting to Adoption published in 2003. I have written in every genre, and every single one of them will put you through a long, complicated learning process. At least I can tell you now what NOT to do.

6. WHY SHOULD SOMEONE READ ADOPTION: WHAT YOU SHOULD KNOW? 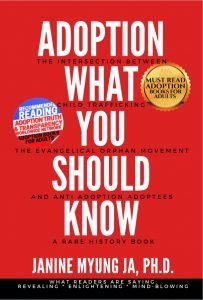 History has always been written by the people in power with the most money (i.e., colonizers and capitalists, etc. or whatever). The common people, like myself, are typically left behind and definitely not in high demand. We’re not a hot topic. We’re usually told what to do and how to do it. And we’re required to obey under the guise of freedom and love. But in my opinion, ordinary people are the most profound.

Adoption has been presented through the lens of the profiteers, but we now know parents from many nations have been manipulated, communities exploited, and politicians duped. It was shocking to learn that children have been blatantly kidnapped, trafficked, and abused to be sent to foreign territory. But, knowing now that the child welfare system generated,  for example in 2015, the revenue of 14.1 billion, we can no longer be surprised by the forces against the heroes (fellow adoptee-rights activists and our allies) who strive to protect and preserve families.

Adopted people have been deprived of the very essence of who we are, and prevented from ever meeting our own families -even into our elder years. We’re simply not supposed to know. End of story. This is a violation of our innate human rights. Worse, this permanent severe has been accomplished in the name of God–as if God endorsed the (dis)placement.

7. WHAT’S THE LEMONADE FOUND IN ALL OF THE PAIN OF RESEARCH AND WRITING?

You know how people have near-death experiences, and they tend to return home appreciating life so much more? Like everything they see suddenly gives them delight and joy, and they acknowledge the beauty and value in every seemingly tiny thing? The hell I went through to put everything together and finish this project can be comparable to a near-death experience. The dark writing room was like being in a tunnel for decades. To make things worse, I was pregnant with verbiage that had a life of its own. If I made it out of the writing tunnel, I had no idea what be birthed but hoped that it had all of its arms and legs, eyes, and ears and that it made sense. And also hoping that people would like whatever it ended up being.

The lemonade for me is that I actually gave birth to something I believe is rare, yet desperately needed in this world. That’s good news for me, and it makes all the years worth it. To realize that, at the very least, the finished product has value and purpose and meaning. That’s enough.

If other people find value in it and can relate to me, then that’s all the better. Also, the potential connection with readers is my lemonade. Reading someone else’s book is like being a psychic. You get to enter into someone else’s realm, and it’s all mysterious. Eventually, your mind is expanded. It can save you from years of making the same mistakes as the other person. Armed with someone else’s experiences and discovery, you can develop a plan of action that will uplift and protect yourself and the people you love. It’s like living another lifetime without wasting years and tears of emotion and mental anguish. That’s why I love to read. I hope readers of my book feel the same curious excitement.

8.  WHY DID YOU WRITE THESE BOOKS?

Writing is never about making money. You can expect that you don’t and won’t make money at this suffrage. At only 35cents profit per ebook, you could make a ton more money selling bottles of nail polish, and it’s a lot more fun. Add the fact that you have to beg for every reader you get, it’s not worth it at all unless your soul demands for you to. At least with nail polish, you don’ t have to beg. At least half the population will give up $2.50 for a bottle. Less than 5% of all writers make enough of a salary to actually live off of. Writing is about getting the truth out of your system before you die.  If you cannot live without getting a certain truth out, then the work that goes into writing might not be worth it for you.

9. HOW CAN YOUR FANS HELP YOU?

If you decide to review this book (and I hope you do on Amazon because it makes me feel good when I see that someone has read my story), I hope you’ll base your comments on my efforts more so than the end product—because I’m just a normal person like anyone else, just trying to survive every day like everyone else in the world. Even though I cannot respond to emails and social media as much as I’d like to, I do read my Amazon reviews every so often, and I do gain a bit of excitement from each reader that comes from a place of consideration for the effort it takes to sit down a write down a story you feel compelled to tell even if it’s an unpopular topic. So, the best gift you can give us writers are recommending their books to others and writing a review.

10. WHAT SUGGESTIONS DO YOU HAVE FOR WANT-TO-BE AUTHORS?

If you ever decide to write a memoir, it might be one of the most challenging things you’ll ever do (to yourself), especially in this day and age. Let me explain: I started writing in 1997, the day after my mom died. I had no writing training or experience and was pretty much armed with only a high school diploma, and I wasn’t even a very good student to tell you the truth. I just dug myself deeper and deeper into the writing hole and gave myself hell while doing so. I could barely write a decent sentence, let alone a paragraph. I would go over every single sentence at least a million times over trying to restructure words into better sentences. I mulled over every paragraph, then each chapter. I would spend days arranging, rearranging, tearing sentences apart, rebuilding them, hating them, scolding myself for being such a crappy writer, and making the whole thing harder on myself than needed. There comes the point in time when you realize that there is perfection in the imperfections. I’ve definitely learned a ton in the process and now know what works and doesn’t work.

So you can no longer spend time fixated on getting this perfect or that perfect because there’s no such thing as perfection – unless you have a team of editors and a pocketful of cash to throw at people to do everything for you. But who has that? You have to be willing to invest in yourself. When it came to writing, I invested everything I had into the project, and it became a lifelong endeavor to keep giving, giving, and giving. I’ve learned so much. History needs to be written by the people, for the people.

Janine Searches for the Truth