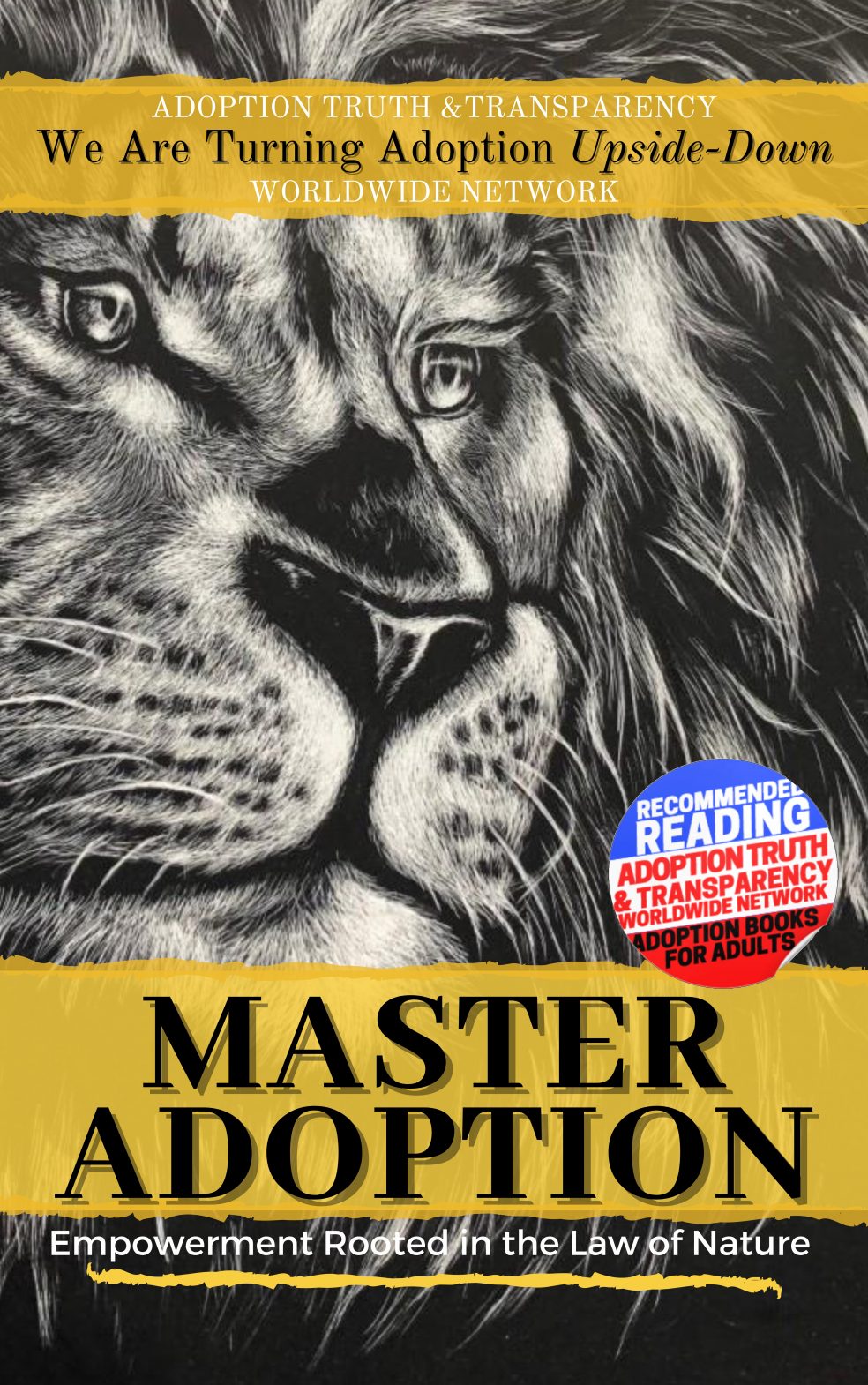 “We don’t have adoption issues; we have an issue with adoption.” The author offers a rare perspective based on the natural law of identity and equal rights –even for adopted people. In 2019, the cofounder of Adoption Truth and Transparency Worldwide Network asked fellow adoptees a series of questions in a preliminary survey. Fellow adoptees of all ages, backgrounds, and circumstances gave responses based on decades of adoption experiences. From every continent, adult adoptees ranging in age from under 18 to over 70 answered. The survey results have astounded anyone willing to listen, proving the point that the industry needs to be placed under a microscope and scrutinized. For change to happen, adoptees should first be given rights to their origin, but adoption profiteers will never admit that family, biological next of kin, and culture matter. They’ve been pushing for the “right to adopt” over acknowledging the innate and natural right to family.
If you are adopted and were treated disrespectfully as a child (or even today as an adult), this book might just be what you need to stand up and be acknowledged. Most adoption sellers have whined and complained that some adult adoptees are against adoption or even anti-adoption because of what adoptioneers call an “infatuation with blood ties.” Adoption evangelicals have packaged and sold the practice as if it is “in the best interest of children” and does not permanently sever families even though the evidence shows that displacing children only causes additional burdens.
The evangelical adoptioneers have yet to admit that the communities they’ve taken from are built on a foundation of equal and balanced masculine and feminine energies. During times of war and vulnerability, the land’s sacred Indigenous philosophy has been demonized and replaced with a profitable child welfare strategy that disregards the family unit—as if the family does not exist at all. Instead, children are stigmatized and falsely advertised as “orphans” to fill an insatiable western demand. If you believe adopted people should have the same rights as all other humans, you will find value in this rare book advocating for equality—even for adopted people. The author provides an Eastern and Metaphysical view that is aligned with all international human rights treaties and rooted in the Taoist way of nature, which appreciates who we are—as we are. Nope, we’re not sinful creatures. We’re sacred souls.