What is Adoption Truth and Transparency Worldwide Network?

ATTWIN was the first public forum on social media to address adoption from a human rights perspective, representing the voices of domestic and late-discovery adoptees, transracial and international adoptees, and parents and families separated by adoption. Because it was the first time adoption was publicly discussed, issues that had never been thought about by the system's creators, adoptive parents, or special interest groups were brought up. The group was directly hit and attacked by the public, who hadn't heard of the human rights violations adopted people are forced to contend with. This is because, for the past four centuries, religious entities have had the monopoly on the narrative.

How does the mainstream react to those who speak out about adoption?

Many adoptees, parents of loss, and others had spoken out before but had always been divided, shamed, blamed, and even persecuted for reporting on our losses involved—as if there was something wrong with us as individuals for questioning adoption. Before social media, agencies could get away with isolating adoptees and leading them to believe they were the only ones who had a problem with adoption.

Why has adoption become a global crisis?

Today processing children for adoption has become a worldwide crisis dressed up as a charity.  A sort of religious status for the elite; a Christian with a child of color is assumed to be an absolute Christian. No mother can fight the child market alone, no matter how strong she is. No father has been able to fight what has become a glorified, socialized, and normalized child welfare system.

Why do many of us feel unsafe speaking the truth?

Many of us feel unsafe speaking truth to power, especially since the churches gained the upper hand and authority on the narrative since the industry was organized and built in the 1600s by the Catholic Church. Very few in the United States present a realistic, insightful perspective without being humiliated and labeled with sweeping accusations of being ungrateful, unable to bond, mentally unstable, angry for no reason or given sweeping generalizations that just because we question the practice of adoption or searching for our biological siblings and relatives, we're somehow bad or wrong.

What can the adoptee community be proud of today?

Today we are proud to say that because of the public discourse in 2011, we are better aware of our human rights. Many have branched out to form their own discussions, a step closer to protecting families from exploitation. But there is much work to be done. There is a ton of information that needs to be shared which will provide evidence that adoption violates the inherent God-given right to our family and has, since its formation, devastated mothers, unnecessarily and permanently separated children from their biological roots, and divided and conquered the spirit of the family.

Who are the adoptees biggest enemy of truth?

People with their own agenda have, since the dawn of mankind, tried to snuff us out, our voices who know the truth and attempt to speak it. One of the biggest enemies of the truth is the adoption special interest groups, particularly those who sell adoption. Our ancestors have only us to investigate and speak the truth regarding the crimes committed against our family and community.

What is the campaign that disregards the family?

One of the market's global promotional campaigns is "every child deserves a family"; such a campaign totally disregards the family—a family each and every child is born into.

Each child comes from an entire bloodline of immediate and extended relatives from generations past to generations future. Adoption abruptly cuts off the child from their long bloodline of ascendants to their descendants. International adoption actually manufactures orphans and pretends children are lone units to be matched with others under the veneer of providing a "service" so the matchmaker won't be seen as child traffickers.

What does the church have to do with adoption?

Since the Catholic Church organized the idea into a profitable system in the 1600s, the Protestant church started competing with them during the formation of America, and then the evangelical church flew with it (literally) over Asia. After Korea made attempts at's doors, the missionaries scoured Africa, and the special interest marketed to stars so that the act would be glamorized during the season of the AIDS pandemic. For those reasons, adoption does not deserve the respect it has today.

Four reasons many adult adoptees no longer approve of adoption:
1. We didn't sign the contract
2. No one told us about the contract
3. We don't get a copy of the contract
4. Money crossed hands

"May this be a step along the road of restoring human rights to adoptees and their first families internationally and domestically (U.S.)." 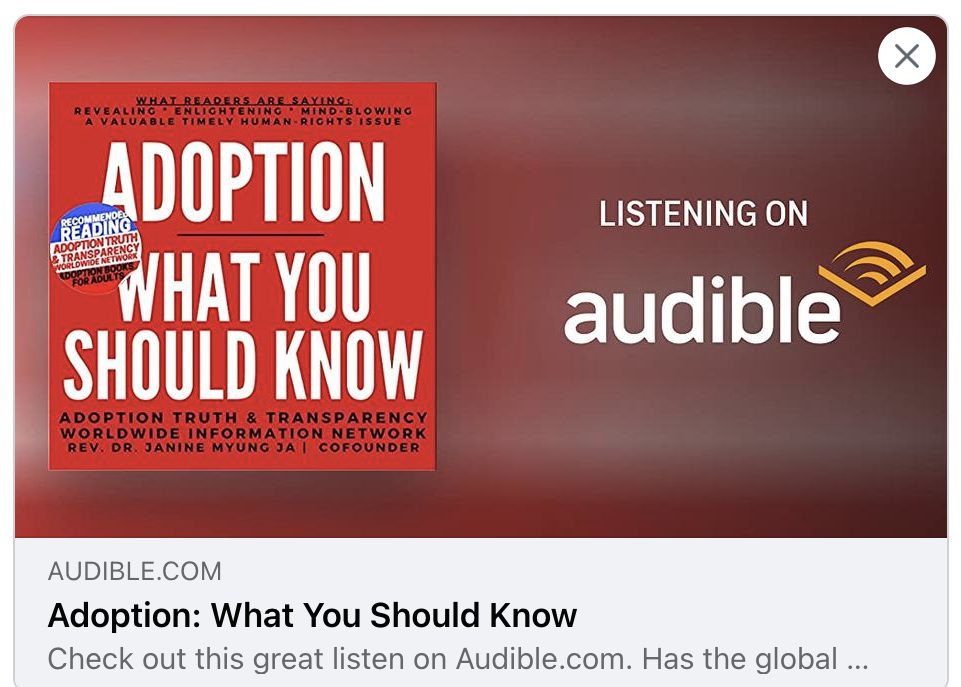 "A main concern in her research is HOW children were obtained, and she found that the situations were often out of the control of the biological parents. Agency tactics are exposed." - KCG

"Janine has well researched and presented the difficult and often silenced truths about international adoption, its history, the damage it does on every possible level, and some of the progress being made. I admire her courage in speaking publicly to a society in which the ideas of 'beautiful adoption' have been marketed for decades. Her writing is both informative and personal, bringing a strong humanizing element to the subject where so many people have been dehumanized in the process." - Jalynne

I'd make this required reading for prospective adoptive parents.

"As a licensed clinical counselor, it's so encouraging to see an adoptee-led team work so hard to raise awareness about adoption. It also saddens me we have to work so hard to raise awareness about adoption. It takes time, heart and energy, boundless emotional labor to shift the antique adopter-centered narrative of adoption toward something better. The team at adoptiontruth is doing just that; and I cheer for them every step of the way. Thank you for this incredible work, I refer to if often in my clinical practice as I seek to raise consciousness about adoption-related reform and advocacy, both clinically in the field of mental health as well as within the walls of the local church." - Cam Lee Small, MS, LPCC

Adoption: What You Should KnowAudio

Are you a domestic, late-discovery, transracial, international adoptee, parents and/or family member separated by adoption? 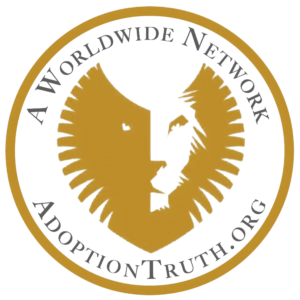 Adoption Truth and Transparency Worldwide Information Network (ATTWIN) was initiated on November, 5th 2011, hosted by Adoption Trafficking. We are a unique activist organization that uses various mediums to fulfill its mission to critique adoption policies and procedures, raise awareness, and share diverse adoption experiences. Simply put, our goal is to create a place that gives a well-rounded perspective on the adoption processes and policies. Members include domestic, late-discovery, transracial, internationally adopted people, and families separated by adoption from every continent.

What people are saying...

"We spend our whole lives explaining and justifying. This is a place we don't have to do that and can focus on our own pain and extend our understanding."

"I love the spaces where we can speak without hesitancy & without all the opposing voices. The non-adopted will never understand our stance in all its varying degrees & with their personal bias."

"From my experience, I believe that Adoption Truth & Transparency is essential for my fellow adopted individuals to overcome his or her obstacles and to support one another to seek Truth, Justice, and Peace."

"Being able to ask questions in an adoptee-centric network without adoptive parents intervening can be lifesaving."

You Are Invited to Join